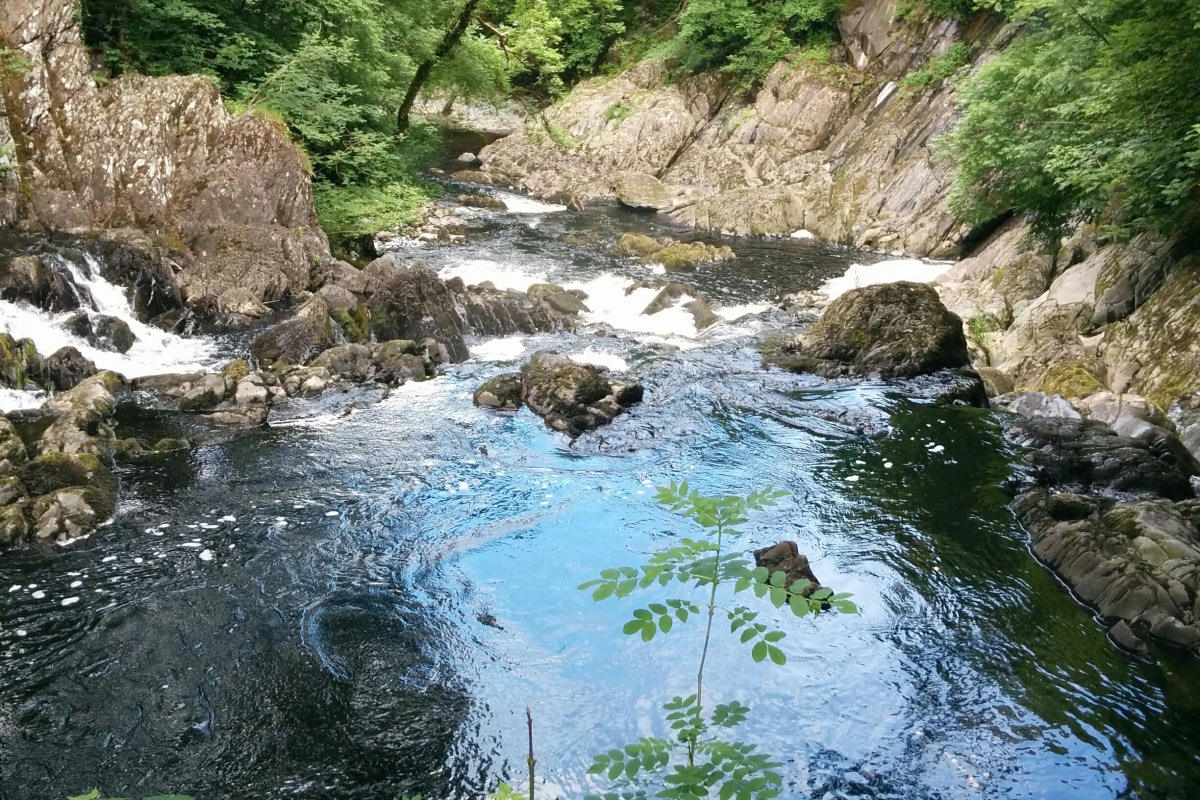 Last month we spent a long weekend in a yurt in Snowdonia for some much needed relaxation. The hub finally handed in his PhD thesis after nine months of writing, and neither of us had had any holiday for what seems like forever. I love getting back to nature, losing all phone signal, feeling my bare feet in the grass and lighting fires. It was a perfect weekend. We stayed in a yurt which was so much fun – for all its comforts and features, it still feels like you’re outdoors and reconnecting with the world.

We started off in Betws-y-coed, pretty much anyone’s favourite place in North Wales (the locals just call it “Betws-y“, pronounced “Betsa“). Our ambition was to walk from the centre of Betws-y to the Swallow Falls, which is a 10km round trip, but it turns out that from the side of the river we were on, an abandoned mine eventually gets in your way. After about 4km, we had to head all the way back without reaching the falls and return another day! Even without the falls at the end it’s a beautiful walk, along the river through woodland. The ground was scrambly at times as we weren’t on an “official” path, pulling ourselves up along tree roots and trunks. I could count on one hand the number of other walkers we saw during that time.  The scenery around Swallow Falls, Fairy Glen and really everywhere is just stunning, so green, fresh, beautiful and peaceful.

The other amazing thing about Betws-y-coed is the Alpine cafe,  a palm oil free cafe situated in the centre of the village. It caters for all diets, including paleo, gluten free, and VEGAN! They do a lot of charity work to help preserve the habitat of orangutans, and artwork on this theme covers the walls, making it a really interesting place to sit and have a brew. I had a club sandwich and an apple flapjack for lunch, then we came back again after our epic walk for ice cream. 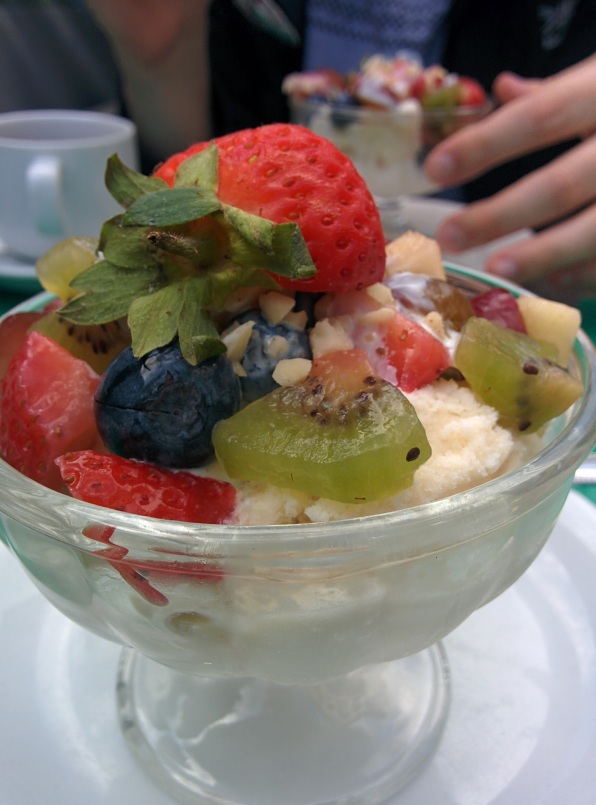 On the Saturday we took on Snowdon, setting off early and heading up the Miner’s path. Although the weather at the bottom was sunny and blue skies, typically at the summit we were stood in cloud, with visibility no more than a few feet and our hair and clothes gradually getting wetter from the mist in the air. The Miner’s path takes you alongside several lakes, including the 127ft deep Llyn Glaslyn which is mired in folklore. It’s said that an ancient monster (the Afangc) was terrorising the area, and the locals used a young girl to bait the monster and trap him in the deep water of the lake.  On the way back down, my feet were hot, swollen and blistering after the notorious scramble up and down the steep sides of Snowdon, and to cool them off in the lake felt divine. It’s also pretty scenic for some cheeky yoga pictures.

Be warned, the Snowdon summit cafe (yes there’s a cafe on top) has nothing vegan, like, at all. Luckily we’d packed well and made sandwiches out of bread rolls, hummus, Doritos and onion bhajis from the Spar in Betws-y.

On our last day we visited Conwy castle on the way home. Exhausted from the previous day’s hike (I’m a poler, not a walker) and concerned about our two little kitties at home, we stopped off to visit the castle, but didn’t see the rest of the town. Built in the 13th century, and the best preserved castle in Wales, there’s lots of winding staircases up and down turrets, giving you fantastic views over the mouth of the river Conwy. 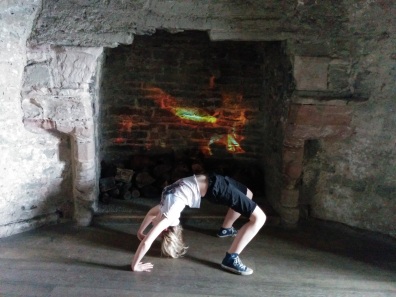 I visited North Wales a lot with family when I was younger, and this trip reminded me of those old family holidays. There’s so much to visit right on our doorstep, and I can’t wait to get back.

Let me know your recommendations and experiences 🙂

One thought on “Adventures in Snowdonia”